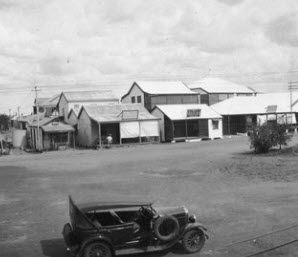 Nowhere in Australia is more synonymous with pearl shell or pearling than Broome. Whilst Broome’s pearling history is the story of pearl industry in Australia. The native Aboriginal inhabitants where the first to recognise the value of pearls and pearl shells trading with fisherman from Sulawesi (now Indonesia) over 1,000 years ago. Pearl shells or “Mother Of Pearl” was where the value was and pearls themselves were not considered to be valuable and were often used in catapults. At this time there was no diving and the oyster shells were harvested from shallow waters.

History of Pearls In Australia 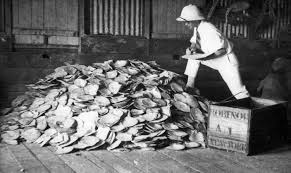 The influence of European settlers accelerated the trade in pearl shells and from 1860 the harvesting of the pearl shells from shallow water continued for 8 years at which time these oyster beds were exhausted and it became necessary to dive for additional shells. Initially diving was known as naked diving with locals being coerced into recovering the shells. This was dangerous work with divers operating at a depth of up to 10 metres. From 1868 to the 1880’s Aboriginal divers, both male and female managed to dive to depths up to 13 metres. As the supply of shells near the coast were exhausted it was necessary to travel farther afield and the divers would operate from a dinghy. There would be six to eight divers per dinghy and they only return to the mother boat every evening to sleep and eat.

As the need to move further from the shallow water the risks to divers increased dramatically. There were a number of tropical cyclones during the first 30 years of the 20th Century resulting in the loss of over 100 boats and 300 divers. Other hazards included shark attacks and divers contracting the Bends through surfacing too quickly. The majority of those killed were Japanese and the large Japanese cemetery in Broome is testament to the high price that was paid by divers.

When Mother of Pearl Was King 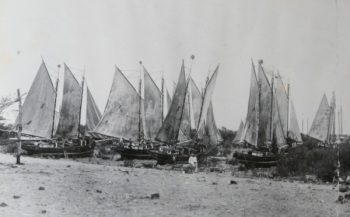 In the 1880’s the centre of the industry moved to Broome (Roebuck Bay) with over 100 ships collecting the pearl shells by 1900. This had increased to over 400 boats by 1910 with 3500 people working in the industry. They comprised Japanese, Malay, Chinese and other South East Asian nationalities and indigenous Australians. This was the heyday of the “Mother of Pearl” industry with the industry going into a severe decline with the invention and use of plastics for buttons and the other items manufactured from mother of pearl. The industry virtually stopped during the second world war with only 15 boats pearling and a workforce of less than 200 people.

A law passed by the Federal Australian government in 1922 banned businesses from producing cultivated pearls, which meant that only natural pearls were allowed. The law was repealed in 1949 with the first cultured pearl farm established in 1950, north of Broome. Cultured pearls were developed by the Japanese at the beginning of the 20th Century and they dominated the industry for the first half of the century. The expertise and knowledge of the Japanese cultured pearl industry was instrumental in the success of the venture

The Introduction of Cultured Pearls

The invention of cultured pearls by Kokichi Mikimoto, revolutionised the pearl industry and allowed pearls to be produced in a structured farm situation. Prior to the ability to create cultured pearls, pearls were produced randomly, and it was not possible to predict which oyster would produce a pearl. What Mikimoto perfected was a way to insert a small bead into the oyster which irritates it and induces the oyster to coat it with nacre. The oyster continues to coat the bead with nacre which produces the pearls and they are harvested generally after 2 years. Cultured pearls are real pearls and the insertion of the bead into the oyster imitates the process that produces natural pearls where a small piece of grit in the water stimulates the oyster to create a pearl.

Cultured pearls have become an integral part of a women’s jewellery choice and have allowed this beautiful natural gem of nature to be affordable to all. If you would like to know anything about south sea pearls please call +618 9468 8116 or email us at showroom@anastasiasbroome.com.au

Jill Hansen runs Anastasia’s Of Broome and is a highly recognised expert is the field of South Sea Pearls having trained in seeding pearls in Cook Islands by Japanese Pearl Technicians. She established a wholesale pearl business selling pearls all over the world. Jill pioneered the combination of pearls and diamonds to create Lust™ Pearls, a unique fusion of these beautiful gemstones. She is an accredited diamond expert and is happy to use and impart her knowledge to help customers make informed decisions. 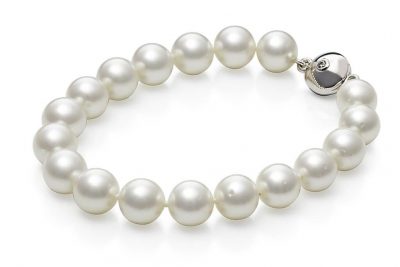 Where Is The Best Place To Buy Pearls In Broome?